on January 30, 2019
Shoe Dog - A Memoir by the Creator of Nike is my first book on my reading list for 2019 and this book is so inspiring I could probably read it multiple times and still mine golden nuggets of advice. Sharing below some of my favorite passages from the book.

If I tended to dwell on all the things I wasn’t, the reason was simple. Those were the things I knew best. I’d have found it difficult to say what or who exactly I was, or might become. Like all my friends I wanted to be successful. Unlike my friends I didn’t know what that meant. Money? Maybe. Wife? Kids? House? Sure, if I was lucky. These were the goals I was taught to aspire to, and part of me did aspire to them, instinctively. But deep down I was searching for something else, something more. I had an aching sense that our time is short, shorter than we ever know, short as morning run, and I wanted mine to be meaningful. And purposeful. And creative.,And important. Above all... different.

I wanted to leave a mark on the world.

Few ideas are as crazy as my favorite thing, running. It’s hard. It’s painful. It’s risky. The rewards are few and far from guaranteed. When you run around an oval track, or down an empty road, you have no real destination. At least none that can fully justify the effort. The act itself becomes the destination. It’s not just that there’s no finish line;it’s that you define the finish line. Whatever pleasurable gains you derive from the act of running you must find them within. It’s all in how you frame it, how you sell it to yourself.

Every runner knows this. You run and run, mile after mile, and you never quite know why. You tell yourself that you’re running toward some goal, chasing some rush, but really you run because the alternative, stopping, scares you to death.

So that morning in 1962 I told myself: Let everyone else call your idea crazy... just keep going. Don’t stop. Don’t even think about stopping until you get there, and don’t give much thought to where “there” is. Whatever comes, just don’t stop.

That’s the precocious, prescient, urgent advice I managed to give myself, out of the blue, and somehow managed to take. Half a century later, I believe it’s the best advice - maybe the only advice - any of us should ever give.

... my Hope was that when I failed, if I failed, I’d fail quickly, so I’d have enough time, enough years, to implement all the hard-won lessons. I wasn’t much for setting goals, but this goal kept flashing through my mind everyday, until it became my internal chant: Fail fast.

It’s all the same drive. The same dream.

It would be nice to help them avoid the typical discouragements. I’d tell them to hit pause, think long and hard about how they want to spend their time, and with whom they want to spend it for the next forty years. I’d tell men and women in their mid twenties not to settle for a job or a profession or even a career. Seek a calling. Even if you don’t know what that means, seek it. If you are following your calling, the fatigue will be easier to bear, the disappointments will be fuel, the highs will be nothing you’ve ever felt.

I’d like to warn the best of them, the iconoclasts, the innovators, the rebels, that they will always have a bull’s-eye on their backs. The better they get, the bigger the bull’s-eye. It’s not one man’s opinion; it’s a law of nature.

Sometimes you have to give up. Sometimes knowing when to give up, when to try something else, is genius. Giving up doesn’t mean stopping. Don’t ever stop.

Luck plays a big role. Yes, I’d like to publicly acknowledge the power of luck. Athletes get lucky, poets get lucky, businesses get lucky. Hard work is critical, a good team is essential, brains and determination are invaluable, but luck may decide the outcome. Some people might not call it luck. They might call it Tao, or Logos, ... or Dharma. Or Spirit. Or God.

Put it this way. The harder you work, the better your Tao. 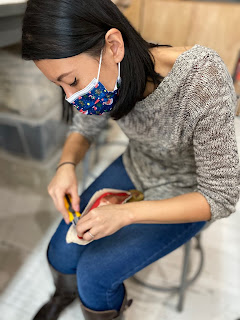 The story behind the LPH Mules

September 16 2020 was the most devastating day in the last 38 years of my life. My beloved father passed away in Singapore.  When I finished making this golden mules of mine last week, I wanted dedicate it to my father and decided to name it the LPH mules because they are my father's initials. Instead of the usual brand labels that every other footwear has I decided that my brand will carry empowering messages instead and so this pair says "BELIEVE YOU CAN". This pair of mules will serve as a reminder to me on the reasons why I do what I do everyday. It reminds me of my father's tenacity and perseverance to never give up no matter what.  My father's passing made me realize that life is really short. We will never really know when our last day on earth will be. I never really have regrets in life, but now one of my biggest regrets is to not start my own footwear business earlier. I procrastinated on starting this project and had always assumed that if this business

If I were to summarise 2019 with one word it will be WAIT, or PATIENCE or any other one word that might describe the excruciating pain of feeling nothing is happening for a long time before something actually happens. 1) My green card application I started my green card application process in January and having collating over 700 pages of paperwork I finally submitted the application on 3/15 and USCIS received my paperwork on 3/18. After the biometrics appointment took place in April I heard nothing back from USCIS until August 9 that I am in line for a green card interview which by the way I am still waiting in line as of 12/31 today. I did not receive my work permit till early October. This in turn screwed up my plan for another more important goal but as a Buddhist I am trying to let things unfold the way it is and not how I see it to be. Nature does not hurry to go from one season to another and I am trying to draw lessons from nature.  2) Marathon training I challenged m 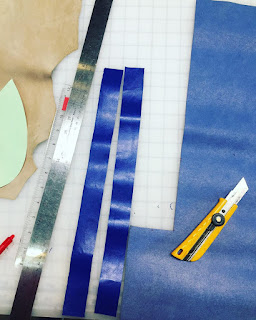 My first baby step to my goal

Do you ever have that gut feeling that you are meant to achieve something bigger in life? For me that gut feeling started as a whisper, and over the years the older I get, the louder this whisper becomes. Increasingly over the last seven years this whisper slowly becomes a stronger voice that consistent and persistent. For so many years I let my mind take charge, but it just always feels like I am not doing the things I am supposed to do. Decisions made from the mind kept me safe and served me well over the years, but I know deep in my heart I do not want to just live safe. I want to live bigger than myself so that I will not regret not living dangerously on my death bed. It was only in the recent months that I start to learn to trust my gut and go by decisions from what my gut tells me. Decisions from the gut never wavers; it is that same consistent conviction that holds you like an anchor and directs you to where you need to go. It is instinctive; you never have to second guess li